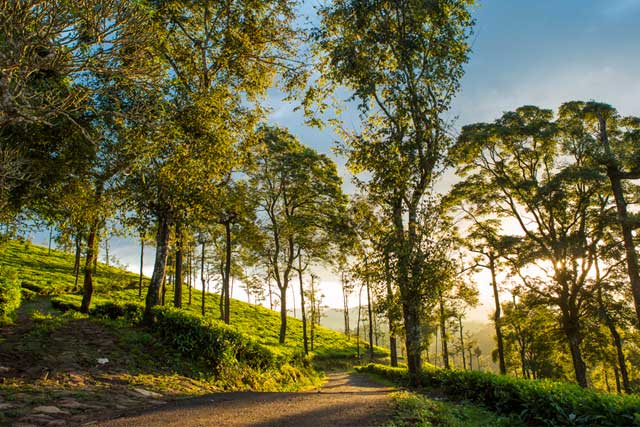 Experience offbeat holiday at Devala – a tea plantation and lush green locale in the South of India to capture memories of a peaceful & laid-back vacation.

This Drive Route Holiday can be created with variations on “Number of Days” (3N/4N/5N). We will pack in more punch with more number of (holi)days. Send an inquiry and our Travel experts will customize your Drive Holiday itinerary.

We are sorry, there are no rooms available at this accommodation at the moment

The Bangalore- Mysore Highway is one of the busiest stretches. And there are a quite a few deviations which you can explore and which we can suggest before you continue your journey to Mysore on the Highway. If you are a Bangalore resident, we recommend you to stick to the Highway since you can take up the deviation routes anytime during your weekend drive to Mysore.  However, if you are not living in Bangalore and this drive is one of your infrequent visits to Southern India, please talk to us. We can plan a stopover at Mysore on this tour.

It takes only 6 hours to cover the 268 km drive to Devala if you take the NH275 route from Mysore, if you wish you can cover few attractions in Mysore and reach late for Dinner at Devala.

Check into our partner property, an Estate Bungalow at Devala.

Devala - Pandalur are about 6 km in distance from each other. The beautiful tea plantation towns of Nilgiris district. You can explore the sightseeing places at Devala in a day. Make sure to visit the Mudumalai National Park which is just 27 km from Devala. Do read about the sanctuary if you are interested to know what to expect there.

Day 3 - Back to Bangalore

After a good hearty breakfast, head back to Bangalore. It will take you the same time (6hrs) to cover the route back to Bangalore. If you wish to make the best of this travel, talk to us & we can suggest a close-by deviation for a half day sightseeing. Though only if you are up to take up the whole day drive & perfectly alright to reach late back home.

Hot Tip:- Every Sunday afternoon, especially after a long weekend, Mysore - Bangalore Highway gets crowded. Although the traffic situation is beyond your control, this information is just for you to be aware and plan your return accordingly, especially for those out of town travelers who need to take a flight back to their hometowns on the same day.