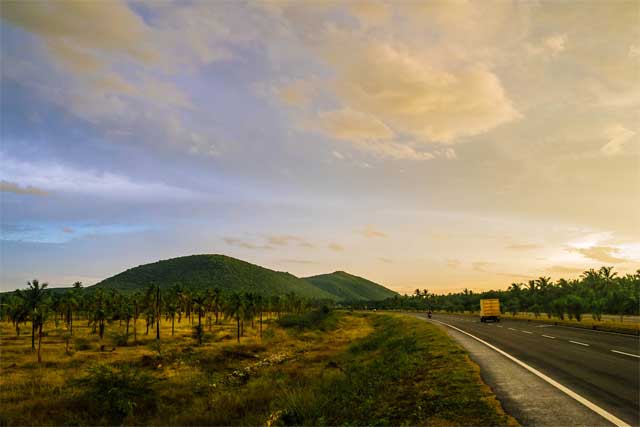 Enjoy the beautiful drive through the countryside & relaxed stay amidst Nature at Heritage Bungalows in these locations.

Ideal Season for this Drive Route

In summer months, Nilgiris are a hideaway for those wishing to take a break from the hustle and bustle of the city and fell the chill. Monsoon provides a picturesque drive and watching the nature bloom around you during rainy season is an amazing feeling. For those who prefer winters can enjoy Devala – Ooty – Coonor’s indoor peace & solitude during the cold season.

This Drive Route Holiday can be created with variations on “Number of Days” (2N/3N/4N/5N). We will pack in more punch with more number of (holi)days. Send an inquiry and our Travel experts will customize your Drive Holiday itinerary.

The Bangalore- Mysore Highway is one of the busiest stretch. And there are a quite a few deviations which you can explore and which we can suggest before you continue your journey to Mysore on the Highway. If you are a Bangalore resident, we recommend you to stick to the Highway since you can take up the deviation routes any time during your weekend drive to Mysore.  However, if you are not living in Bangalore and this drive is one of your infrequent visits to Southern India, please talk to us. We can also suggest you an alternate route with less traffic, more of greenery and village views.

The Bangalore - Mysore drive route has interesting places to visit. Places such as Ramnagaram where all-time famous movie "Sholay" was shot is a beautiful location. You can tour the Mandya district, Shrirangapatnam which is closer to Mysore and other such sightseeing towns/localities.

Reach Mysore and check in at a heritage property for your overnight stay.  In Mysore our partnered accommodations are in the heart of the city which is quite rare as most of our stays are at offbeat places. But in Mysore, you need to stay in the city to be able to cover the entire Mysore area in a short time.

Well, there's a lot to cover in Mysore and considering you only have a day, we will draw up the most important places for you to see as per your preference. To list a few off the Tourist guide books - Mysore Palace (read the Palace history here), Mysore zoo, Rail Museum, Chamundi Hills, Tipu Sultan's Palace & Silk Shopping are must to-do in the list. An authentic local food trail would be a unique experience and we know the right eateries for you to enjoy the meals in hygienic conditions.

After an early breakfast head to Devala via the Gundalpet-Bandipur-Gudalur route. The distance between the 2 towns is just 144 km but would take you 3.5 hours due to the drive stretch through the Bandipur forest. The drive speed limit will slow down your journey time but hey !! aren't we enjoying the drive instead of the destination? :) So do enjoy animal spotting on this forest drive.

For clean and hygienic Restroom usage - you can take a stop-over at the Pug Mark restaurant - which is a few km before the forest to refresh, snack & drink coffee.

Reach Devala and check into our beautiful and cozy Estate Bungalow.

Day 4 - Devala to Coonoor via Ooty

The Gudalur – Ooty Western Ghat drive through the pine woods is simply fantastic. Ghat session is less steep than the other entrances to hill

Ooty truly is the queen of hills but due to way too much of tourist concentration since the 60's and 70's it has added to the misery of the queen. There are a few stop over attractions we will suggest in your tour’s full itinerary via email which are not the usual touristy attractions in Ooty. If you just wish to skip the attractions and head to Coonoor, you can just pick up the locally made chocolates & continue to drive.

We strongly recommend though to experience the Mountain Train from Coonoor to Mettupalayam instead of the usual Ooty - Coonoor stretch. The suggested stretch is the most beautiful of the two. You will need to book the mountain train tickets in advance as this ride is quite famous and on the spot ticket availability is a rarity.

Check into a heritage villa or a tea estate villa at Coonoor.

Drive back from Ooty - Masinagudi and then reach Bangalore via 150A, and NH209.  This is not the shortest route – 282 km that can be covered in roughly 6 hrs. This is definitely not the usual road which most of the people will drive on their way back from Ooty. But then you are not one of those usual travellers. Are you?  You will skip Mysore on this route, you will sacrifice those restaurants and clean toilets that you may get on the regular Ooty - Mysore - Bangalore Highway. In return you get to drive via one of the richest agrarian and low traffic belts of southern Karnataka. This route will truly make you feel that you belong to "off the beaten track" club :)