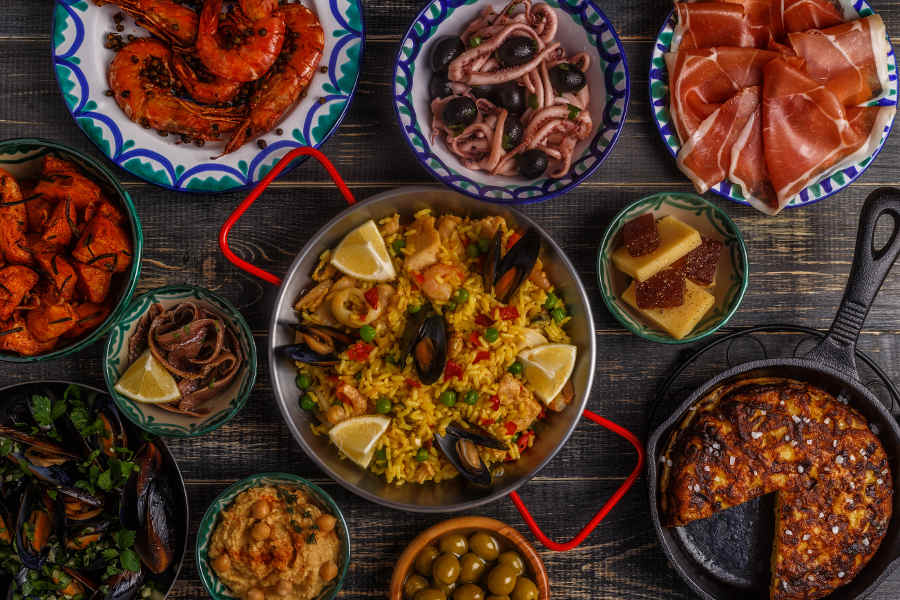 Basque Country is different. Known to Basques as Euskadi or Euskal Herria (‘the land of Basque Speakers’), this region has its own distinctive language and cuisine. You travel through the Basque Country always curious and frequently rewarded. Satiate your curiosity with our Offbeat Spain-Self-drive through Basque Country package and discover its  distinctive geographic and cultural landscape

The best time to go to the Basque country is in June or September. It’s warmer, less wet, and you’ll avoid the higher prices – and swelling crowds – of the summer holidays.

Barcelona, the cosmopolitan capital of Spain’s Catalonia region, is known for its art and architecture

Upon arrival at Barcelona, you shall proceed for completing the procedures for the rental of the car at Barcelona airport El Prat.

Later proceed for discovering the capital of Catalonia.

Discover Barcelona with a general approach to its main tourist sights. A basic but complete itinerary will help you get to know the city by covering the most interesting places from an artistic and cultural point of view.

Among the best-known recipes of Barcelona are the stews like Escudella i carn d'olla, or shorter escudella(a traditional Catalan soup and stew), Cocido con judias blancas (made of botifarra-a typical regional sausage),  Faves a la catalana (a very simple recipe and one of the most famous in Catalan cookery typical of spring when there are tender baby broad beans in all the vegetable gardens.). The Butifarra amb Mongetes (a unique brunch dish, that is made with house-made pork sausage that is caramelized and cooked in red wine and butter) and Arroz a la cazuela ( a mountain rice casserole dish similar to the famous "Paella Valenciana")

Next two nights at the hotel in Barcelona.

Pamplona, the capital of Navarra, is by far the largest and most noteworthy city of the area. It hosts one of the world’s biggest parties, the festival of San Fermín, where the exhilarating “Running of the Bulls” takes place. But Pamplona has more to offer, such as its beautiful old town and the citadel park. Other points of interest are the Santa María la Real de Pamplona Cathedral and the Navarra museum.

One of the greatest attractions of the city of Pamplona is the gastronomy because it covers all kinds of high-quality products to elaborate the very famous pinchos of Pamplona.

A Pincho, Pintxo or Pinchu Asturian is a small snack, typically eaten in bars, traditional in northern Spain and especially popular in the Cantabria, Asturias, the Basque country and Navarre.

Various sausages only found in this area and the famous Txantxigorri cake, made from lard, cinnamon, sugar and bread, are some of the traditional dishes of the city.

Overnight at the hotel in Pamplona.

San Sebastian stands in a glorious setting on a scallop-shaped bay framed by two hills (Monte Urgull and Monte Igueldo) and the small island of Santa Clara. The vast sand beaches follow the curve of the bay: La Concha beach and beyond the promontory, the fashionable Ondarreta beach. Behind are gardens, promenades and luxury apartment blocks and beyond, at the foot of Monte Igueldo, the Peine del Viento, a work by the Basque sculptor Eduardo Chillida.

One of the specialties of San Sebastian are its famous pintxos; culinary bites ranging from the original slice of bread piled with food, to tiny miniature haute cuisine creations. Gastronomy is an art and feature that sets the city apart and that is what has earned the city widespread fame; the quality of San Sebastian’s cuisine is well known all over the world. Three of the seven 3-Michelin star restaurants in Spain are located in this city.

Two nights at the hotel in San Sebastian.

Logroño is a city rich in history and traditions which have been preserved since the middle ages. From the old walls which surrounded the city, the Revellín wall and the Carlos I gate are still standing. The historic centre has significant cultural sites, such as the Cathedral of Santa Maria de la Redonda. It has also fine examples of civil architecture, such as the Palaces of the Marquis of Legarde, Los Chapiteles or the Museum of La Rioja.

Asparagus, beans, peppers, artichokes and other vegetables and pulses are the basic ingredients of a long list of dishes such as vegetable stew, potatoes(‘a la Riojana’), lamb and kid. La Rioja is synonymous with great Spanish wines. For decades, wines from La Rioja, protected by their own designation of origin standards, have been an obligatory reference throughout Spain and beyond.

One night at the hotel in Logroño.

During the different historical periods, the city grew from the old Hapsburg and Bourbons quarters to the present city. Its highlights are Gran Vía, Plaza de España, University, Moncloa, Hapsburg old quarter, Calle Mayor, Puerta del Sol, and Puerta de Alcalá. Going shopping, watching a football match in Santiago Bernabeu or having a tour of the famous stadium are also always a good plan in Madrid.

Madrid is a hub for Michelin-starred restaurants, contemporary Spanish fusions, and traditional culinary culture. The city is famed for its social customs that focus on Spain’s passion for food and is home to some of the best chefs in the world.

Madrid is a must for foodies who love experimental molecular gastronomy and state-of-the-art culinary presentation.

Stay for two nights at the hotel in Madrid.

After breakfast at the hotel, drop off the car at Madrid airport Barajas and proceed for your flight home.