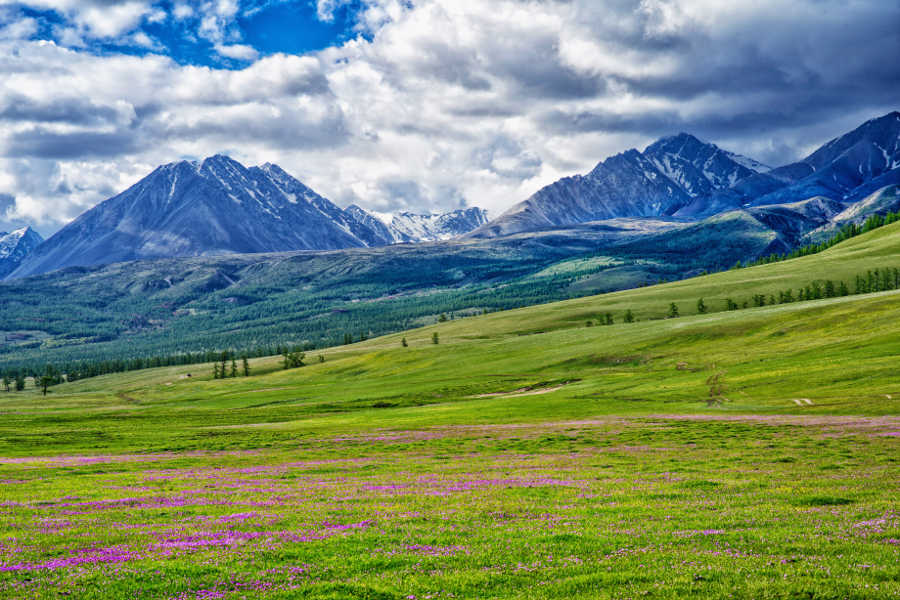 Mongolia, the land of Ghengis Khan is a vast emptiness that links land and sky, a true wilderness experience that makes it so  appealing

Mongolia is a landlocked country located between China and Russia. Known for its vast rugged landscapes, the nomadic way of life is still prevalent here. Vast steppes, rugged mountains, clear lakes and abundant livestock add to the uniqueness of this country. The famous Nomadic culture and hospitality make one feel very welcome in this ‘Land Of Blue Skies’

One of the world’s last undiscovered travel destinations, Mongolia  is a land where you can experience wide-open spaces, cobalt blue skies, forests, deserts, crystal clear rivers and lakes, and the traditional hospitality of the nomads

Discover more of Mongolia with our 6 Nights/7 Days Package

The best time to visit is in summer (June to August). Tourism peaks in July and August. If you want to go when Mongolia is quieter, consider visiting in May, September or October.

Available packages for Glimpses Of Mongolia

Ulaanbaatar the capital of Mongolia is an amusing juxtaposition of nomadic traditions and modern society, perhaps best summarized by her skyline dotted with both 'gers' (felt tents) and towering skyscrapers.

Karakorum was the ancient capital of the Mongol empire. Its ruins lie on the upper Orhon River in north-central Mongolia.

Hustai National Park is the place where the wild Takhi- Przewalski horses have lived peacefully since 1993 after they were reintroduced to their native land, Mongolia. See and photograph these beautiful wild horses as well as Red Deer, Wolf, Asian Marmot, various species of waterfowl, prey birds etc.

Gun Galuut is a home to many different endangered species such as Argali- Bighorn, White-Naped Crane, Siberian White Crane, Hooded Crane and many more.