Picturesque coasts, green landscapes, sun-dappled beaches, authentic cuisine, interesting customs and traditions – there is much more to Spain than Barcelona, Madrid, Bull-fighting and Tomatina festival. Enjoy the offbeat and unseen side of Spain on unique tour with SelfRoadiez.

Spain is a country that offers a multitude of options. It has a vast and exciting cultural, natural and gastronomic heritage. It’s a place where you can wander around modern cities, and cities that will take you back in time to a different age. You’ll fall in love with its climate and its people.

Immerse yourself in a culture with an ancient history. From the archaeological sites at Atapuerca in Burgos to the Alhambra in Granada. Spain is the country with the third largest number of UNESCO World Heritage sites. The variety of Spain’s natural spaces makes it an outstanding setting for anyone with a spirit of adventure. From north to south, you’ll be amazed by the diversity of its landscapes. Spain is the country with the most UNESCO-designated Biosphere Reserves in the world, and it has no fewer than 15 national parks.

All this and much more is waiting for you in Spain: a country that welcomes visitors of all descriptions. Come with us as we take a look at its main attractions, and let yourself be charmed by the openness and friendliness of its people.

Spain is incredibly diverse, both culturally and geographically. The south and north are worlds apart. One is a hiker’s paradise, and the other more for the city slicker. It is suggested to visit  at least 2 regions to get a taste of the diversity in this country! Moreover, do not forget to explore out and visit the charming villages and countryside that make up Spain’s beauty and culture, away from the tourists.

The capital of Catalonia, it is the birthplace of major avant-garde movements of the 20th century and the epitome of the modernist city. Here you can see the foremost architectural
treasures designed by Antoni Gaudí, like the Sagrada Familia and Güell Park. It also has Roman remains and medieval neighbourhoods you can wander through and discover its history.

There are few places in the world where you will find such a variety of cultural and leisure attractions. And if you are a nature lover, you will have  plenty to choose from: lying on a secluded beach, climbing, skiing, discovering its natural reserves. You can also enjoy unique gastronomy experiences in restaurants, city markets and small wineries in the area. To
treat your taste buds you can try dishes like escalivada (smoky grilled vegetables), calçotada (char-grilled onions) and homemade desserts like crema catalana (a type of crème brûlée), along with its famous cava sparkling wines. If your thing is shopping, Barcelona is the place for you. Leading exclusive stores, as well as more bohemian businesses
and charming markets, await you.

The so-called “City of the Four Rivers”, shows us a historic centre dominated by medieval buildings and reminders of Romans, Arabs and Jews. Inside the walled enclosure of “La Força Vella” you can find the culiminating works of its historical destiny. Its excellent position between the Pyrenean chain and the Costa Brava makes a multitude of trips possible, for example, to natural areas which are worthy of mention. Everywhere, the traveller will have the opportunity to try the regional cuisine which brings together in its recipes products of the sea and the mountains.

Andalusia is a large autonomous region of hills, rivers and farmland bordering Spain’s southern coast.  If flamengo dance, villages with white streets, architecture and buzzing tapas bars excites you, then Andalucia is the place to be.

At the foot of the Sierra Nevada mountains, between the rivers Darro and Genil, lies one of the most interesting cities in Eastern Andalusia. Fountains, viewpoints and “Cármenes”, houses surrounded by typical gardens of this city, create unforgettable corners in the city. It is no surprise that one of its old neighbourhoods, the Albaicín, has been awarded the World Heritage designation, together with the Alhambra and Generalife.

Cordoba is situated in the interior of Andalusia where past and modernity blend in together. This thousand-year-old city, which has the World Heritage designation, is a living legacy of the different cultures that settled here throughout its history.

The Gibralfaro castle casts a watchful eye over this warm-hearted and lively city full of attractive sites such as the Alameda Principal avenue and the La Farola seafront promenade.Its status as the capital of the Costa del Sol has made it one of Spain’s foremost holiday destinations, thanks to its mild climate, its beaches and its outstanding offer of golf courses.

Situated on the banks of the Guadalquivir River, Seville has a rich Moorish heritage, and used to be a prosperous port that carried out trade with the Americas. Museumsand art centres, theme parks, cinemas, theatres and clubs are some of the many leisure options that a great city like Seville holds. Without forgetting, of course, the numerous terraces, inns and bars where visitors can practise one of the most deeply-rooted and tasty traditions in the city: “Going out for tapas”.

From the ‘rías baixas’ of Galicia to the Bay of Biscay, Green Spain travels the north coast of the Iberian Peninsula through four autonomous regions: Galicia, Asturias, Cantabria and the Basque Country.

Its capital, Santiago de Compostela is the final destination on the Way of Saint James, the famous pilgrim route. For this reason alone it is worth visiting this region in Green Spain. You’ll love its landscapes full of green wooded valleys, and its amazing beaches. All along the length of its coastline, bathed by the Cantabrian Sea and the Atlantic Ocean, you’ll find areas of spectacular cliffs like those on A Costa da Morte, or the incredible Islas Atlánticas National Park. You can visit its numerous charming villages, both on the sea and inland, and cities such as Santiago de Compostela, A Coruña, Ferrol, Lugo, Orense, Pontevedra and Vigo.

Asturias has 18 fishing villages immersed with rich ancestral culture and scenic beauty with their ports, markets, cobblestone streets and great fishing tradition. A walk through the Asturian culture is a trip back in time through the centuries. Asturias is the origin of rural tourism, a way of travelling that is rooted in the authenticity of the towns that safeguard its traditions, that are proud of its landscapes and that don’t understand a world without hospitality. Asturias is primarily nature: woods, beaches, summits, cliffs, lakes, rivers, caves etc.

Basque Country (Euskadi) is an autonomous community in northern Spain situated on the Atlantic Coast with strong cultural traditions, a celebrated cuisine and a distinct language that pre-dates the Romance languages. The scenic route from Bilbao to San Sebastián is an unforgettable road trip that  leads you through a string of traditional fishing villages.

In La Rioja, a small region huddled around the Ebro River Valley in northern Spain, it’s easy to feel a little dazed – Those rows of shimmering olive trees and gnarled vines that stripe each umber hill with silver and pale green; Those walled medieval villages whose ochre-tinged castles crown the tallest bluffs; Those pale blue skies where steely clouds swirl on breezes kicked down from the jagged Cantabria Mountains that hover above. It’s a fairytale backdrop, a faded page from a storybook suddenly come to life.

Madrid, the capital of Spain, is a cosmopolitan city that combines the most modern infrastructures and the status as an economic, financial, administrative and service centre, with a large cultural and artistic heritage, a legacy of centuries of exciting history. Madrid has many artistic attractions, thanks to the different styles that have left their imprint in the city over the centuries. An art lover’s paradise, Madrid boasts of a collection of exquisite artworks by Spanish and other renowned painters across it’s museums and galleries. Madrid has embraced the gastronomic evolution of Spain and is a culinary capital of Europe. Madrid also reflects the rich architectural heritage of Spain in it’s attractions and buildings.

Visit to Madrid is not complete without a one or two-day trip to any of the wonderful places that surround Madrid, from UNESCO World Heritage Sites to charming villages and magnificent palaces.

Quickly reached from Madrid, Toledo shows how Jews, Muslims and Christians could live together in harmony.

Discover the spectacular aqueduct and enjoy the food of this World Heritage city.

Discover the amazing walls and the cathedral of this Medieval city where Jews, Christians and Muslims used to live together.

The monumental city, home to a centuries-old university, is in the World Heritage Site list.

This city-come-landscape famous for its “Hanging Houses” is less than one hour from Madrid by train.

Visit the Palace and the Gardens of the Royal Site and Town of Aranjuez, a town close to Madrid which has historically been linked to royalty.

A Phoenician-Punic settlement during ancient times, Ibiza contains within its Renaissance walls an interesting legacy from all the different cultures that populated it. This artistic wealth is found in the monumental area of Dalt Vila, in the necropolis of Es Puig des Molins and in the archaeological site of Sa Caleta. The beauty of the island capital is enhanced by the sands and coves at Figueretes, Es Viver and Talamanca, as well as by its the diverse marine ecosystem.

Crystal-clear waters, pristine beaches, natural coves, otherworldly scenery – The Ibiza coastline is marked by one of a kind, awe-inspiring places to enjoy the beach and sea all year long. Taste a paella or take in a seaside concert, ramble down the coast by boat or kayak, go scuba diving or try all manner of other water sports. Or simply dig your feet into the sand and watch the sun go down. The options are endless.

Carob, fig, almond and fruit trees are joined by vineyards in populating the Ibizan countryside and imbuing it with a sense of peace and escape from the hustle and bustle. The setting calls for a slower pace, like from bygone times, when the only reds were those of the earth, the greens of surrounding vegetation and the blue of the sky above.

The capital of the island of Majorca is located in the bay of the same name and enjoys an excellent climate all year round (with an average annual temperature of 17.9° C). Known for its sun and beach tourism, it also has an attractive historic quarter. The Cathedral, the Almudaina Palace, the Lonja fish market and Plaza Mayor are some of the sites that are well worth visiting. The most beautiful monuments are surrounded by fishing boats, pine forests and palm trees. The landscape of the island is full of coves, beaches and cliffs on the coast, and inland you will find typical towns and mountain ranges up to 1,500 metres high. The variety of the landscape and culture invites visitors to explore every corner of Majorca and to find out more about the gastronomy of the island.

Spain is a vast country with varied culture, language and traditions. Here are few points to keep in mind before you set out to explore Spain: 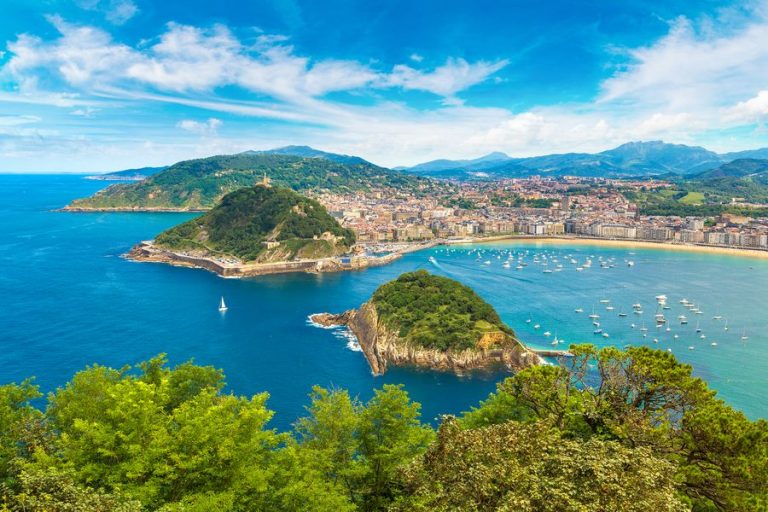 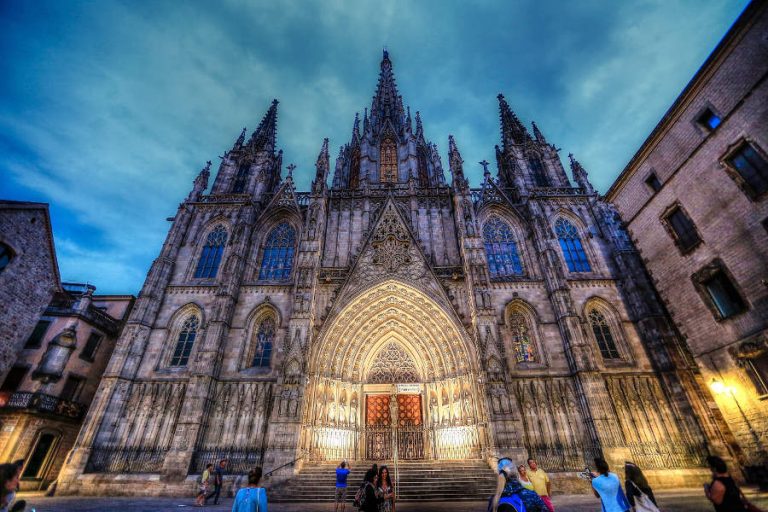 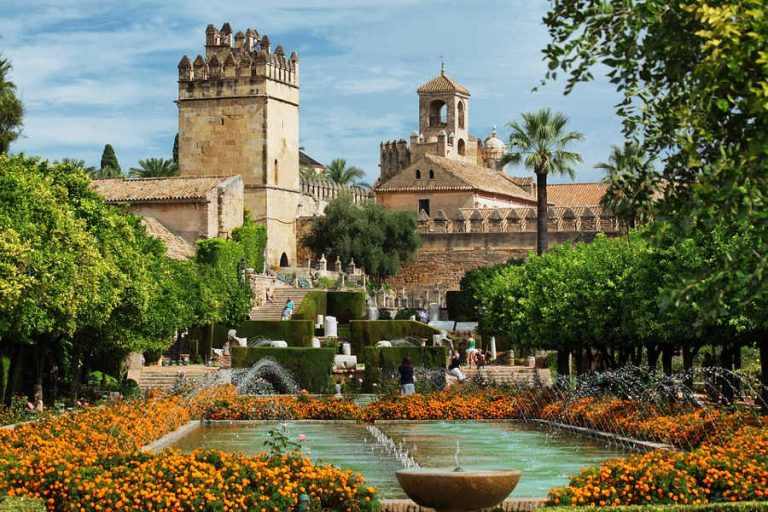 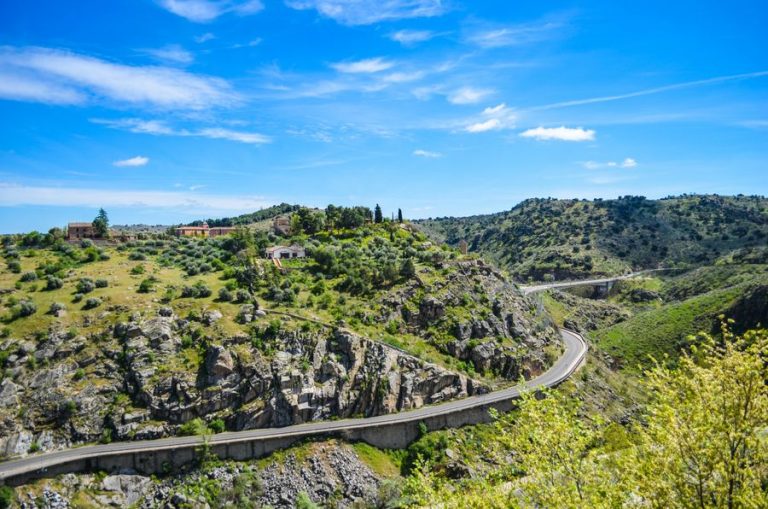